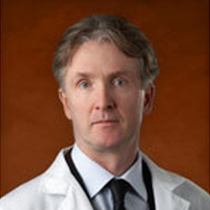 
Dr. John Hasell, M.D., FRCS(C), FACS, is a Canadian Royal College certified plastic surgeon and Fellow of the American College of Surgery, taking great care with his patients in the Lethbridge, Alberta area, including Calgary and Medicine Hat, as well as southern British Columbia.

Dr. Hasell began his formal education at the University of Saskatchewan, where he studied pre-medicine and then completed his medical degree in 1986. He then worked as an intern at St. Paul’s Hospital in Saskatoon and worked 1 year as a Family Physician. His five years of surgical residency began at the University of Saskatchewan where he completed 2 years of General Surgery before moving to the University of Alberta in Edmonton where he trained for another 3 years in the Plastics, Reconstructive and Cosmetic Surgery program. . Dr. Hasell then did a Teaching Fellowship at the University of Alberta before doing a further Cosmetic Fellowship in Toronto at the Cosmetic Surgery Hospital. He was also on staff at the Scarborough General Hospital in Toronto, Alberta. After these 13 years of training he returned to Alberta where he set up his busy Cosmetic and Plastic surgery practice.

« Go Back to Our Doctors